Ashvin Kumar, the man with an Academy Award nomination and two-time National Award winner for his documentaries on Kashmir, is again behind the camera for a new documentary film ‘I am Not Here’. Produced by the UN Human Rights Office, the film brings to life the harsh realities faced by undocumented migrant domestic workers, through the stories of three women – Flores in Zurich, Jennifer Norgriff-Bernard in New York who left Trinidad to escape poverty and a forced marriage, and a young woman in Kuala Lumpur who was sexually assaulted and beaten by her employers.

Speaking exclusively to IBNLive, Ashvin says, “‘I am Not Here’ is about human rights issue. It brings to notice the hardships migrants have to face. They live in a undocumented situation without any legal identity and can’t complain about the exploitation they face every day.”

According to the director, the film highlights the type of abuse and exploitation the immigrants go through behind the close doors which goes unreported.

The functioning of Indian Censor Boards and it’s stringent views have been the talk of the town in 2015, expressing his views on the topic, Kumar says, “Censorship over the years have become worse. My films were banned for showing something that was present in our culture, however after a time the banned was reversed and both the films were awarded National Awards. Today it has become more rigid. The films does not event get approval, leave alone release.”

The film maker also shares his idea on the intolerance debate. Taking a stand Kumar says,”The intolerance in the country has gone up to such ridiculous extent that you can’t even speak your mind on anything without facing hatred. ”

However Ashvin feels that this ‘hatred’ can never stop him from making films that address the problems in the society.”I’m not going to stop challenging the status quo. In my opinion you can’t grow as a civilisation if you don’t outrage people. As an artist it is my duty to make people think outside the conventional norms.”

The ‘Inshallah, Football’ helmer feels that the right to offend is a part of an artist’s definition, if you are not offending anybody then you are making propaganda and that is something he’s not fine with.

Unfortunately, according to the director, the Indian Censor Board prefers film with propaganda and passes films like MSG but not films like ‘Angry Indian Goddesses’.

He says,”The kind of cuts they’ve made to ‘AIG’ are ridiculous. The kind of atmosphere pertaining in the country is unfortunate but it’s also a very good opportunity for us, film makers to do something about it.”

When asked about how he means to have a larger connect with masses with small documentaries, he clarifies,”I can’t force people to watch my films. I can’t change the film viewing habit of the audience. This is a voluntary thing. People here are accustomed to watch larger -than-life films.” However, Kumar feels that the trend is changing very slowly with high quality content driven films performing well and connecting with the audience.

“I think it’s happening with time. We can’t expect a Shah Rukh Khan film lover to suddenly go and love films like ‘Masaan’. The problem in this country is that we want everyone to go and watch one kind of film and that thankfully is changing. In a country to have healthy cinema audience you need to have many kinds of films.”

The film maker feels that the problem also lies with the distribution as documentary films rarely get a theatre release in India. He says, “Even if censor board pass the film, it’s almost impossible to find a distributor for a documentary film. Documentary films can’t be released in theatres in India and the satellite rights for television viewing of films are more stringent. No broadcasting can legally touch films with sensitive issues, this is the way government is controlling the minds of the citizen, by showing them only what they approve. The things that can provoke the minds of the public are kept hidden from them.”

Kumar feels that the government is banning films that can help to enlarge the minds of people. He further expresses his displeasure on political motives finding ground in something as creative as film making, ” About the controversy surrounding ‘Angry Indian Goddesses’ I would like to ask who are the censor board to tell that they can’t show goddess in the film. Whose goddess is she afterall? She’s our goddess and we can see her any way we want to. Has the BJP taken any patent over Kali and Lakshmi? I don’t think so. Who’s the society and whose morals are they guarding?”

Ashvin feels that as a film maker you have a choice to either shut yourself up and make only commercial films for basic entertainment or mix things up and present though provoking entertainment. 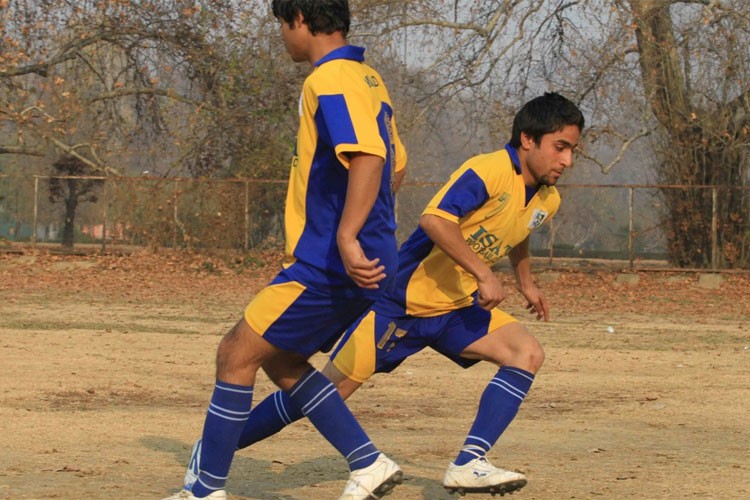 The National award winner is now making ‘Noor’ which that he hopes will be commercial as well as thought provoking. A love story, ‘Noor’ will bring insight into the Kashmir issue from the point of view of women.

The director aims to widen his base from international documentary audience to the cinema goers in India, without compromising on his style of storytelling.

From ‘Inshallah, Kashmir’ to ‘Little Terrorist’ and ‘Road To Ladakkh’, Kashmir has always been an important part of Ashvin’s success as a film maker. According to the film maker, in all his films Kashmir is a metaphor, a symbol of all that is not so glossy in our country.

He elaborates on it saying, “Kashmir questions us as a democracy, who are we as people. It needs to be talked about and highlighted and this is all I do. I just document what’s happening in the region. I would love to make only romantic comedies but we are doing things there that needs attention.”

The ‘Little Terrorist’ director feels that films are a way of documenting an event. He says, “Films are a way of keeping an event alive in country’s cultural and historical archive . If you’ll keep bowing down to the censor and keep making films they want us to make, our future will have no understanding of the real nation and the events that shaped it.”

The film maker’s favourite film of 2015 was ‘Court’ with its excellent storyline and editing. The entire courtroom process fascinated the director and he would love to see more such movies getting love and appreciation from the audience and critics alike.

No description. Please update your profile.

Should you ever have a question, please dont hesitate to send a message or reach out on our social media.

Lights out, bullies are out
The recent case at Gwalior’s Scindia School shows that bullying, once indulgently called a rite of passage, is still a part of the boarding school...

The Forest goes to Cannes
Noted fashion designer Ritu Kumar’s son Ashvin Kumar [inset] will direct his first feature film, The Forest. The film will make its way to the...